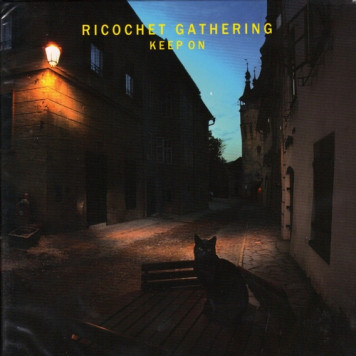 Finally this long awaited released has arrived from the factory. It is ready to ship. Standard reseller price applies. "The story leading to the creation of this music goes back to 1983, when the group Tangerine Dream produced the soundtrack for Michael Mann's film The Keep, a film taking place in Romania. The music from The Keep has maintained cult status and the soundtrack eluded the general public. So, 25 years later, at the 9th Ricochet Gathering EM event, the concept was presented to compose a new interpretation of this soundtrack, in celebration of its Silver Anniversary. The location selected was an old manor in a small village in Transylvania. The RG musicians were provided with The Keep Cues soundtrack music to study and gain inspiration and on 11 November 2008, many live & improvised performances were recorded and a selection was chosen for the first two tracks of this release. The last track was recorded live by native Romanian Indra in 1994 and also captured the mood of The Keep sound. I hope this music is special to you in some way."