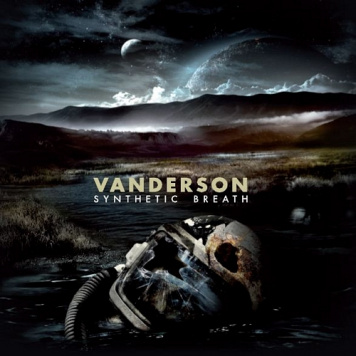 The first time I heard Vanderson was with Visions that I had savoured with incredulous ears. Maciej Wierzchowski gave a splendid musical testimony to the cradle of his influences; the Berlin School. And Synthetic Breath joins in the same vein with 6 compositions which explore the most beautiful years of Klaus Schulze and Tangerine Dream. Excepted for Synthasy, which seems to be a kind of Tangram remix, Synthetic Breath reopens abandoned phases among which the continual appetite of fans for the genre and the perpetual inquisition of the artists influenced by this period demonstrate that the Berlin School style will have the end only when the end will have its own end. The first sequences which drag Synthetic Breath out of its silence seem to be astray from Rubycon while "A Tribute to Tangerine Dream" begins this journey through the creative stages of Berlin School with a sequential movement fed by undisciplined ions. These ions which pound and skip in all directions bring the rhythmic nuances to a fluid rhythm of which the oscillating strength pushes against the apocalyptic breaths of a lunar synth. A great fluty line draws the parts of an unreal melody taken away by the ochred winds which overhang a rhythm with fine permutations and of which the hearing roots are forged in the reminiscences of Ricochet. Electronic chirping form the cosmic dialect of Planet of Visions and its intro which lets itself rock by winds of ether. These winds drew in the fanciful strings of violin are waltzing in a dark oblivion strewed by eclectic breaths and rustles. Sequences forged into tones of xylophone emerge a little after the 4th minute. Other sequences, more twinkling, surround this first rhythmic phase. They dance and waddle for a delicate minimalist harmonious phase which daydreams under stars, calling back these fine sequential movements of Klaus Schulze on Body Love and Mirage. This beautiful sequential movement is of use on Sunrain whose ambient intro displays the floating contrasts of the duet Mergener / Weisser, while the heavy rhythm which ensues from it is subtly switching form to embrace some evolutionary phases with more crystal clear sequences. Light and fluid sequences which cavort on the oniric lands of the Dream with pads tinted of melodic riffs, lyrical solos and fluty breezes.
After a quite other musical vision of Tangram in Synthasy, Final Sequence borrows again the paths of Klaus Schulze with a great hypnotic movement where sequences are criss-crossing and skipping in their shadows under a rain of very nice solos, bringing us in the bosom of the wonderful analog years from the Berlin School era. Fine sequences of glasses are dancing lightly within the shade of their xylophone strikings, guiding Psychedelic Brunch through its Schulzian influences. A bass line with resonant chords follows the tangent of the sequential movement which offers its heavy and single-phase rhythm to a synth and its superb twisted solos as well as its angelic breaths, pushing the hypnotic ascension up until to the strikings of percussions of which the banging go astray in the breathlessness of Psychedelic Brunch which scatters its last 5 minutes into the plasmatic winds of Synthetic Breath; another great opus of Vanderson who, without reinventing the wheel, draws in his influences to feed again our insatiable appetite for a genre that we wish always inexhaustible.

The new Vanderson album opens with a quite good hit: good old Berlin-style sequences come from out of the farthest galaxies, they sound fairly "tangerine" (as if taken from the pretty old single Ultima Thule!) and are full of melotrone-flute sounds, giving a special charm to it - one could ask oneself if it's not an unreleased Sorcerer-session by Tangerine Dream themselves?... Sure one have already heard such textures, but now it's really not important who discovered these sounds - the main thing is, that this moody introduction is just great.
The second track is a very nice synthesis of traditional electronica and ambient swamps - one could indeed dive and even drown in this music. Here we get a splendid, 12-minute long analogue bath topped with sequential foam - great relax for every true music lover. The third impression may easily be associated with "lurking' soundscapes created by the Ramp-project: it's still sequential electronics in good old style, however, it sounds modern and perfectly mysterious. Sadly, this piece is only 7 minutes long. Piece no. 4 has a box structure, since there is a complicated structure to it hidden behind symmetrical sequential doors. As soon as the rhythm line gets even more nervous and dizzy, we can realize that this composition is Vanderson's "power supply" to the fantastic Virtual Vices-series by Pete Namlook and Wolfram Spyra.
The fifth piece invites the Listener into the great wide open of misty beatless galaxies that no-one has yet dreamed of. This polar ambient-block is perhaps the best piece in the whole set: now we can travel to the most distant wilderness hidings we have ever thought of...
The final track is the longest one. Icy arpeggiator movements get a good bounce from the groovy bass line of the leading sequence, and as the track paces along some chord-sighs and improvised solos get on board. We are now taking an uneasy path towards ambiental echoes in the mood of Tangerine Dream's ingenious Phaedra.
Many electronic music fans have already expressed my feelings: sequential electronics is a well-explored field on which little remains to be yet discovered - and still, from time to time one happens to find a true pearl on this field. This CD by Vanderson is certainly one of such gems - we will find truly magic moments here. It's all about that: sequential electronics is first of all a mixture of moods, colours and landscapes. Vanderson managed to mix all the most important ingredients in his own special way, thus creating an enthralling album that can really be enjoyed.