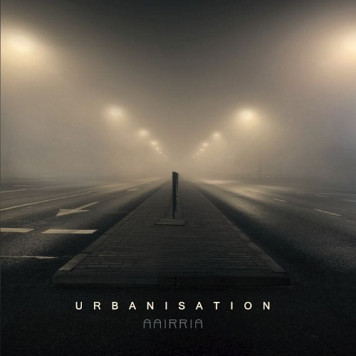 Recurring waves of slow, glowing ambience, then first rhythmic accents appear, and then a calm ostinato, a bit similar to theeclectic ones conjured up by the Asana-musicians... this is how the album begins. The musical journey will get more surprising with each step. The Listener may enjoy visiting growing cities, as if taken from a strange geometrical dream. Elements of quite original sequential electronica intermingle with click-ambient and even environmental!... Yes indeed, some passages included here recall a daring version of Vangelis' The City pure environmental cityscape-soundtracks, and yet there's far more from Charles Uzzell-Edwards than Vangelis here (!!!) - see, for example, civilization-sounds-bridge leading from the first composition on the album to the following one. The first 27 minutes of the CD is not only a good portion of ingenious background music; each further listening makes the Listener feel better in the bubbling ambient bath, abstract and yet very urban indeed. The third impression is a bit more compressed and contains a more rhythmic part, still, this music is very fresh and hard to classify; pay attention to fantastic twists, scratches and metallic sweeps a la Atom TM. Well, this is probably the most "faxy" album released in the Generator.pl label... but don't worry, all you traditional-electronica-lovers out there, the fourth track provides you with a sequence which really does sound as if it were a "Frankfurt rework" of Magnetic Fields, Part III by Jean-Michel Jarre... But, all in all, even here the music flows and glows in a nicely abstract way in an organic cloud of fascinating, ever-changing city voices. The final track reminded me of some great click-ambient productions from the StadtGruenLabel, as well as of Hazard's Land and "urban installations" by Tetsu Inoue. Here we have a portion of patterns known from the first half of the album, but they appear in an entirely different context with a little help of low-vibrating, meditative chords. Urbanisation is a wonderful, very "holographic" album, there are plenty of dimensions and environmental questionmarks here; the music presented by Aairria is not only a perfect background illustration, but also a delicious main dish for each ambient-cookbook-enthusiast. Strongly recommended.

Bernd Kistenmacher
Beyond the Deep
73,85 PLN