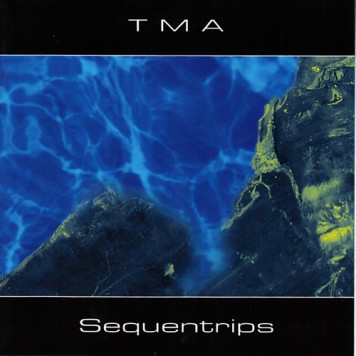 Escape was Torsten M Abel's first professionally released album in 1993, after a few homemade tapes recorded with different bands. That was the high point of his musical career. During that period he produced his best music. However, in 1994 - when his son was born - he quit making music and sold all of his equipment. In 2006 he met Thomas Hermann from the Ambient Circle and his passion for electronic music was rekindled. He got in contact with SynGate through his friend Wolfgang 'Alien Nature' Barkowski, with whom he already recorded the forthcoming album Medusa by Alien Nature + TMA. Sequentrips stems from events occurred during the past two years that have affected him deeply. He has encountered many nice people, and several of those encounters have turned into friendships. His musical skills have been rapidly improving and that, along with all these new positive external influences, resulted in this album.