Master Of Own Fate 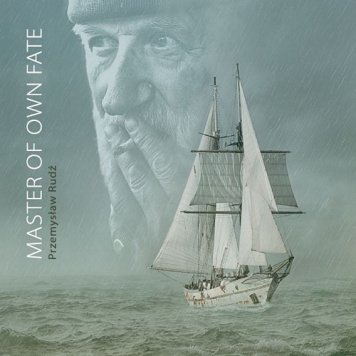 After a warm reception of the album 3C, dedicated to Tri-City (where Rudź lives and works), recorded with the aces of Polish el-scene - Krzysztof Duda and Robert Kanaan, Przemysław Rudź returns with a new solo work entitled Master Of Own Fate. The master of own fate is not only the composer himself, but also those to whom the record is dedicated - the people of the sea. Their hard and dangerous work, full of everyday challenges and uncertainty of reaching the destination port, is like a continuation of the 3C concept, after all beautiful port cities of Gdansk and Gdynia (two parts of Tri-City) have become such ports for many. In the musical layer it is a classic Rudź with his searching for a part of the common of electronics and progressive rock, this time in an energetic and sometimes pathetic form. The title suite, multi-layered and epic, refers to many similarly formally constructed works by Rudź, in which, as in the mirror, reflects his fascination with unconventional music, that is original and requiring the listener to submit himself entirely to the composer's narration. In return, we get a ticket to explore fantastic worlds, where analogue sounds, synthesizer passages, pastel landscapes and expressive solo performances create another important achievement of the Polish school of classical electronic music. Big recommendation!