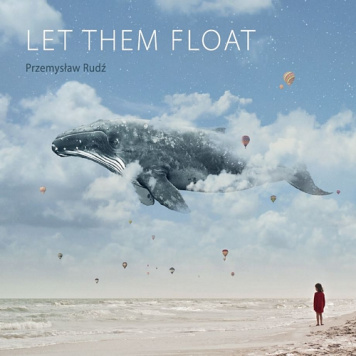 The new Przemysław Rudz's album brings another change of climates, although it is still deeply embedded in broadly defined classical electronic music style. Let Them Float is full of air and space, sometimes minimalistic, containing only the most essential elements of the arrangement. Two longest compositions, opening and closing the album, develop lazily turning a listener into a state of trance. They gradually develop on the principle of crescendo. Discharging this increasing tension in the culminating moments allows to wake up from a blissful numbness to focus on the next tracks. This is a great music to float and get away from it all. Highly recommended!

Ouf!!! What an amazing album which blends marvelously the ambient side with soft trance and hypnotic beats

Przemyslaw Rudz remains one of these still too much unsung artists, and it in spite of a magnificent discography who, year after year, brings some beautiful small jewels out of his studio. The sound aestheticism being always there, it's in the comfort of our earphones that we shall savour this wonderful Let Them Float. Wrapped up in a very beautiful digipack pocket, where a child watches a whale floating among hot-air balloons, this last sound fresco from the Polish musician/synthesist is a small jewel for the ears with its rhythms of meditative trances and its esoteric ambiences which lead us near to the astral meditation. And the album starts rather strongly!
A slow rhythm seized our ears enthralled and amazed by such an opening. Percussions plough this soft rhythm which sounds like a good rock tinted with a sensuality of the blues. These percussions bang with heaviness and fluidity, amassing at the passage some electronic noises (chirpings) and some floating waves which tug our senses between the domination of the rhythm or the fascination for these electronic elements which abound in a luxuriant psychotronic color. Slowly, the percussions accelerate the pace with the arrival of a bass line. And the synth frees gorgeous songs that some electronic ornaments caress softly. The approach is as well melancholic as languishingly hypnotic. And one thing leading to another, Przemyslaw Rudz weaves a superb minimalist structure with elements as striking as these tears of synth which flow into the whispers of electronic hummingbirds. And this rhythm becomes heavier and more fluid. As a trance where dozens of trunks toss to the sound of a bewitching rhythm. And if we are not enthralled yet, the 8th minute will finish our resistance with an approach where the tribal essence is dancing with a rock which always stays prisoner of an astral envelope. The riffs which fall gives a more progressive approach that the effects always dominate still and still. It's beautiful. Very beautiful! The 17 minutes of Follow the Ancestors ' Path appear among the most beautiful minutes that the music, and it whatever the genre, has offered me over time. A minimalist and a progressive rhythm flooded in a ton of sound effects which is impossible to seize in a single listening, the recipe is as well simple as terribly effective. It's obvious that after such a nirvana, we become more critical in face of what is coming next. Brilliant, Przemyslaw Rudz knew how to put things in perspective by bringing us in long segment of atmospheres which begins with Don't Trust the Sirens. Their chants are angelic, almost aphrodisiac, in an envelope which equals the splendid production of Fresh Aire 6 from Mannheim Steamroller.
The very peaceful In a Quiet Reverie with rumbling layers which irradiate the dark side of a whales' dialogue leads us towards another level of ambiospherical enchantment. The dialogues of cetaceans take various forms with a beautiful play of the synth which diffuses the colors of solemnity as well as those of happiness. The mixture of these elements to a cosmic essence make of these 12 minutes, rather quiet by the way, something more interesting and more thoughtful to listen. Midnight at the Lake is a nice little morphic ballad with a synth which cheers up our ears with sung solos which remain frozen in crystal chords which pearl and float in the oblivion. There are influences of Jarre over the birdsongs here! After these some 20 minutes of ambiospherical moods, the long title-track closes Let Them Float with a pulsatory rhythm which pierces a thick cloud of sonic fantasies where synth solos, or the e-violin of Rafal Szydlowski, are twisting in a mass of lugubrious drones. The structure is close to that of Follow the Ancestors ' Path but in a more progressive envelope soaked with layers of voices. The influences of Pink Floyd abound here, in particular at the level of the keyboard and of the tones of guitar. There was no other better ways to conclude this titanic work of Przemyslaw Rudz. What an album my friends!