Back to the Labyrinth 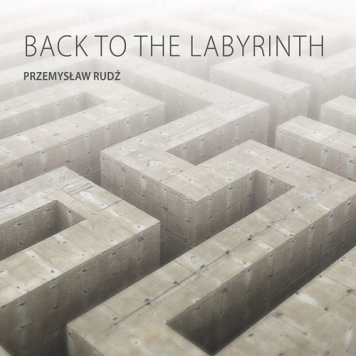 Many musicians started their adventure with sounds joining amateur bands, mostly when they were yet teenagers. Young Przemysław Rudź and his school friends loved progressive rock so much and listened to it with passion spending long hours among the albums of Yes, Genesis, King Crimson, Jethro Tull, Marillion and others. In 1993 they formed the band playing this kind of music. The next three years of the band's activity were a time of gaining experience and learning more about the basics of music - chords, melody, rythm and harmony. Those happy days are gone, but the musician realized that the songs he composed years ago still appear in his head. So he decided to remind himself and refresh even a small part of the harmonies and melodies to save them from complete oblivion. Obviously the music is strongly rearranged in comparison to its original but slightly archaic form. The composer made it by mixing themes and motifs looking for the best combinations. Finally, the music reconstructed in this way occupies more than half the duration of the album (tracks 1 & 4). The rest of the material is completely new music that Przemysław Rudź composed over the past two years. The artist hopes that this sentimental journey to the days of his youth will present you an unpretentious achievement of the band called THE LABYRINTH. As he said: "There wouldn't be an "artistic me" without being a member of this group...".