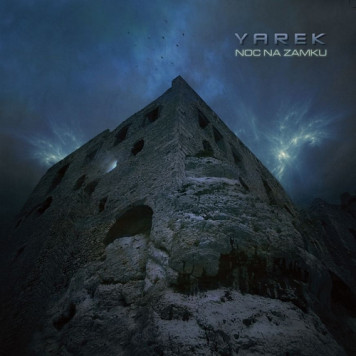 This seems to be a live recording (part of the Polish event "Olsztyńskie Lato Artystyczne 2007") although it overall sounds like a studio work. The album offers eight tracks of intense, fresh, versatile Berliner School, slightly Redshift-oriented sequencing and lush solo voices. The third piece La Orkestra accelerates into fourth gear, as the well rendered electronics, beats and rhythms venture into dance/trance territory as Tangerine Dream's Kiew Mission kindred vocal samples pass by through the sonic spectrum. Vocal phrases and breathing sounds mingled with holdback electronics slow things down again on Ambient II.
The following piece Live is made up of repetitive, mid-tempo paced hypnotic sequencer structures over which trance-like solo voices freely hover, as a dance beat shortly kicks in halfway. Ambient once begins with the Kiew Mission kindred vocal samples, after which stereophonic wide spread trancy sequencing, clicking rhythms and a lofty solo-voice set things in pleasant mid-tempo motion.
Berlin comes next, featuring breathing sounds, Spyra and Jarre - flavoured sequencing structures and beats, topped by a Oxygene pt1 - reminiscent solo. Misja na marsa closes the almost 50-minute album with powerful, in-your-face sequencing, Kraftwerkian voices and beats, with nice vintage sounds fading away at the end.
Although the origin of this recording raises some questions, this sure is a dynamic, sparkling and well produced release that will please the ears of lots of electronic music fans out there.

One short announcement - we get to know, how the artist and his work is called - and there immediately slide the first tangerine-brownish lights onto the stage. The first part of the suite brings fantastic sequencing in a bit of a Redshift-style, especially as far as attractive semitones and jarring sequencer sounds are concerned. Mrok ("Dusk") is based on a hypnotising sequence, intermingling with electronically generated sweeps, washes and murky "breathing" sounds. Here, like in the previous title, all tracks are very attentively arranged, one should also pay attention to the wide stereophonic field of the impression. La Orkestra means a certain increase in speed and an introduction of the beats: generally, the atmosphere conjured up here has something in common with both parts of Xangadix by Pino and Wildjamin, however, you will still find here more sequencing stuff as typical acid or trance. Voice samples, which could be associated with Kiev Mission by Tangerine Dream, make for an interesting background and also for the rhythmization of the piece in a way. It's those voices that bridge La Orkestra and the following piece Ambient 2. "Ambient"-style lurking beneath this title has - what a pleasant surprise - much in common with vinyl Frankfurt ambient of the mid 90's. Live consists mainly of hypnotising rhythm patterns, appealing ostinatos in mid-tempo, and further sounds and noises as if coming from a secret abandoned rocket station, hidden deep under the cellar rooms of the castle. Everything here sounds rusty, yesteryear- and future-explorative at the same time. In Ambient, the Listener will be served some Berlin patterns once more, but also this time they just sound fascinating and fresh. Berlin could be understood as a title suggestion, where the goal of our next musical journey is, and still it is by far not the most "Berlin-like" composition on the whole album: if at all, we will be exploring rather a Spyra-side of Berlin (whereas Spyra himself comes from Kassel) than the corners described by Klaus Schulze or Tangerine Dream. The final track Misja na Marsa (Mission to Mars) is a pretty long piece, in which there is a place for pumping sequencers as well as for ambient passages and cosmic murkiness. 50 minutes of Noc na zamku (A Night in the Castle) really do make a great impression indeed.