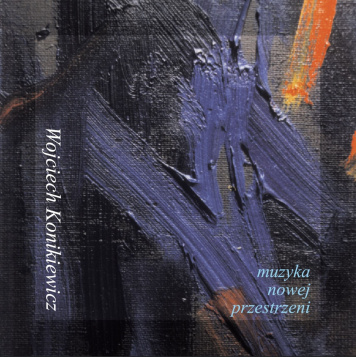 Three synthesizers. Reverb. And one summer night. Wojciech Konikiewicz began the history of Polish ambient in the middle of 1990. The musician, working mainly on the progressive jazz and avant stages in the 1980s, surprised with something that completely contradicted his previous achievements. After albums full of rhythmic intensity and cascades of sounds came the time for a slowly flowing magma. Five tracks, which – recorded live, directly on a digital DAT tape – revealed structures and colors that have never been seen present at Polish electronic scene before. Muzyka nowej przestrzeni (Music of New Space) was created at a time when the Polish listener became more and more familiar with electronic music. However, sequencer-based projects were preferred, pulsating with arpeggiators and drum machines. Inspired by the achievements of the Berlin school, even rock ideas were reimagined on electronic instruments. Nobody tried to step sideways, taste something different. Wojciech Konikiewicz was here first. He appeared on the Polish electronic scene with Muzyka nowej przestrzeni so early that … he could not interest anyone in publishing this material. It took almost three years from its recording to find a record label eager to publish it – and only on cassette tapes. Plans to release a CD had to wait … 26 years. However, the music did not suffer – the noble sounds of classic synthesizers and today they sound both fresh and convincing. It’s still music of a (really) new space.