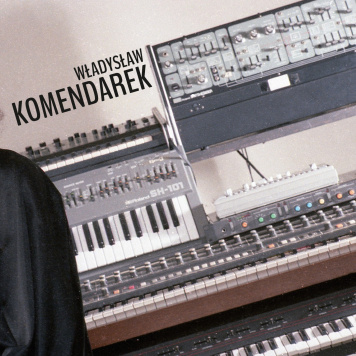 A nostalgic journey into the era of shopping in foreign currency-only Pewex retail stores, centrally-organized employee holidays and a ferocious rivalry between Commodore and Atari. Add to that the memories of compelling TV shows whose scraps have nested in the subconscious of many now thirty- and forty-year-olds, and the music filled with pulsating early automatic drums, riveting melodies and intriguing arrangements.

In the late 1970s and in the early 1980s Władysław Komendarek was a strong pillar of Exodus progressive rock band. Together they would tour the largest concert halls in Poland. In 1984, he broke off with his rock’n’roll life, left for the Białowieża Forest, and there, surrounded with his synthesizers, composed several dozens of songs. Electronic music had always been about the space and alien, unchartered worlds, but Komendarek would go against the tide. As befits the first Polish extraterrestrial, he marveled at things earthly and encapsulated his experience in a dozen of pieces recorded between 1984 and 1985. This is a music of extraordinary beauty which surprises with unusual arrangement solutions and captivates with its melodiousness.

“Władysław Komendarek” album has now been released as CD for the second time, in a refreshed and remastered form. Along with the recordings known from the cassette issued in 1985, it features several additional pieces from the same sessions. The booklet includes photos from that period and an essay by Maciej Michta.