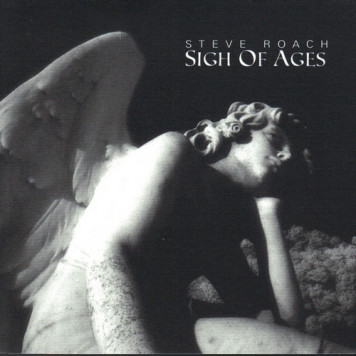 Emotions quietly stir and resonate in this deeply self-reflective album exploring the terrain between melodic electronic/ambient and modern minimalism. These six pieces utilize gentle melody, harmony and sonic tonality to poignantly reflect upon the passage of time, life lived, lives passed and a time of renewal: a sigh of the ages expressed in sound.
Sigh of Ages is the result of extended periods of solitude and personal reflection for acclaimed composer Steve Roach. Resulting directly from dynamic personal and cultural events, these pieces developed over time and in the moment. After 10 months of early morning and late night sonic meditations, Roach collected these various pieces and found they portrayed a poetic theme of sonic interpretations from this experience. Sculpted and refined in the artist's deft hands, the source material of life itself took on a voice that spoke from a deep emotional well of subtle contemplation. A sacred realm of inner reflection.
"The title came to me as I was creating the pieces," Roach recalls. "Titles always seem to emerge through the hours of working on the music combined with the place the sound takes me. What emerged was the sense of what it feels like to release a big sigh after a challenging time or a long run in life. A poignant sense of nostalgia and longing, breathing a collective sigh of release which carries forth into psychological and spiritual space. That is where the music and eventually the title grew from."
Sigh if Ages taps into a lineage of signpost releases starting with the '80s melodic era of Structures from Silence and Quiet Music up through the textural tour de force of 2003's Mystic Chords & Sacred Spaces and 2009's Dynamic Stillness. For this journey, Roach drew on his essential collection of beloved analog synthesizers including a classic 40-year-old Arp String Ensemble, a historic polyphonic synthesizer that breathes life into the track Morning of Ages, swirling and rolling upon itself like the strong currents of a rushing mountain river. The View from Here unfolds in a stately motion on a majestic sequenced pulse with voluminous melodic synthesizer clouds unfolding along the horizon. This alchemy of sounds creates a deeply nuanced album filled with shadow and light, unique within the language of Roach's soundworlds.
While the passage of time and expansive breath is an ongoing theme for Steve Roach, the reflections and perceptions expressed on Sigh of Ages delves into a contrasted intimate space only accessed in times of solitude. It is the deeply-layered, subtley-nuanced emotional language which is the ongoing, unseen undercurrent of our lives.