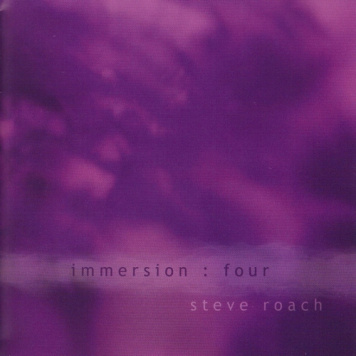 After months of distillation, Immersion: Four has been released from its vessel in a slow and steady flow, as if streaming forth from an infinite sound fountain. Immersion: Four embraces the senses with the warmth and micro subtle perceptual shifts that has defined the Immersion series. No beginning, no end, designed for infinite playback mode, Immersion: Four is a steady state zone created specifically as a tone meditation, enhancing the living space as sonic incense. Gently immersive and especially effective at low volume, the non-dynamic nature of this space supports focused day and night activities. The Immersion series is perfect for creative states, sleeping, reading, long hours at the computer and other functions where traditional music could be considered invasive.
"Steve Roach continues to make a rarefied sound as the Mark Rothko of electronic music." - John Diliberto, Echoes Syndicated Radio

We ship to 30 days
Delivery of the registered letter is available from 6 EUR.
Shipment provide post office.