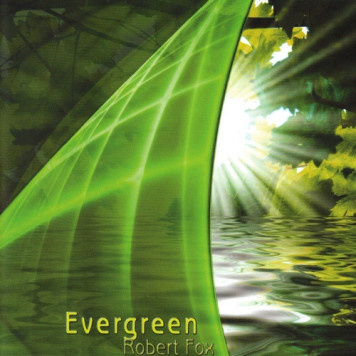 The early albums of Robert Fox, in particular his journey style albums, conjured up visions of faraway places with epic soundscapes that somehow captured the essence of places like Canada and Australia on A Gathering of Spirits and Blue Mountains Suite, or mythical and personal journeys on classic albums like Asfafa, The Fire and the Rose and Into the Light. In recent years, Robert Fox has released a diverse selection of albums that has seen his music develop to encompass darker shades in his soundtrack music, but he also developed a gentler, more accessible and melodic side to his compositions that began to appear on the excellent Talking Heads and developed through to the more recent Touching the Serpents Tail and that has now matured magnificently on Evergreen.