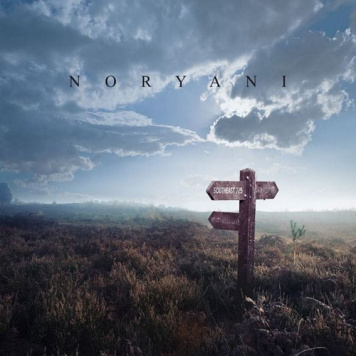 It's the second time that the Noryani project releases its compositions on the Generator.pl label. The music presented here sounds very fresh - it is a unique combination of traditional electronica, melodious chill-out and polidimensional ambience with a slight touch of film- and classical music to it. Southeast 225 reminds me of a differentiated photo-album full of well-tempered, mysterious electronic postcards. The opening track is a nostalgic puzzle of moods a'la Vangelis' Antarctica and Isan's Meet Next Life: a really good mixture of traditional and daring electronica. The second piece of music enables us to imagine a collaboration between Daniel Pemberton and Edgar Froese; still let's not forget that it's just a description of the mood of a track which was composed and produced by some other artist, not that famous yet, but apparently as talented as the two just mentioned.
The third track is my favourite one so far - it's impossible not to be fond of this enthralling mix of haunting drums at mid-pace with hypnotic chords! Shall I give this association a clear shape and name two artists, who could have conceived such a mood had they wanted to work together? I say: Biosphere and Fever Ray! But once more, it's Noryani who's responsible for this fascinating mood. The fourth track reminds me of Joseph Turner's sea-paintings, almost invisible through the delicate haze of green, yellowish or azure-blue accents. This piece of music is truly magical, it allows great melancholy and high hopes to intermingle.
The fifth composition is Noryani's idea of a synthesis between rhythm-oriented sequential electronica and the sombre face of el-pop. It's exactly how the dream of Kraftwerk's showroom dummies could sound. The sixth impression has much in common with newer Mike Oldfield's music, especially with the nostalgic soundscapes from the double album Light / Shade - mostly because of this very specifically sounding piano, I think. There is also this very vastness and association freedom accompanying the music - sultry music, seductive music. There is so much room under this coffee-coloured sky and all its piano-sound stars...
The seventh track is once more an impressing mixture of well sounding drums as if taken from some odd, long-forgotten Eskimo fairytale and vibrating, wintermood electronics with a slight touch of specific nostalgia to it. Both tracks #8 and #9 could function just great as film soundtracks. There is enough space here to have any association and any colour we like. It's like seeing the music itself, we can see its movements, we do not only hear all these harmonic soundscapes, we can see and touch them. Its this very kind of music one should enjoy in complete darkness, without being interrupted. The tenth tale is about the struggle between two different moods - doubt and bravery, melancholy and open-mindedness, the beauty of the piano and the harshness of the other instruments.
The final impression is a beautiful superior comment to a forgotten celtic legend, a soundscape illustrating blackened drawings suddenly found in recurring green waves of grass at dawn. How can one build such fantastic electronic castles? Even after hours of repeated listening we won't be able to answer that question... but we will be able to dream new electronic dreams hour for hour - it's worth it!