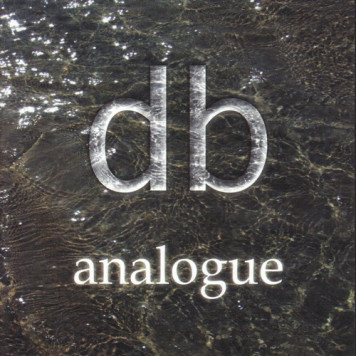 Recorded in a gothic manor house in Cornwall England, this is the first release in fifteen years from a member of the legendary analogue quartet Node which also featured internationally renowned producers Flood (U2, Depeche Mode, Nine Inch Nails) and Ed Buller (Suede, Pulp, One Night Only).
The prevailing mood is one of sweeping, brooding, European dark romanticism. Fans of early Tangerine Dream, the Bowie / Eno collaborations of Low and Heroes and Vangelis Blade Runner soundtrack will feel right at home. Added to this mix are more contemporary influences such as Leftfield and psytrance with the occasional foray in to film soundtrack territory. This is music which paints a picture in your imagination. The sounds are predominantly created on a Macbeth M5n analogue modular synthesizer with some small contributions from heavily treated guitar and occasional guest appearances from instruments designed by the artist himself. The music is loosely in the Berlin school style, is instrumental throughout and has virtually no drums.
db trained in classical orchestration at the Royal College of Music in England, holds a Doctorate in Music and is also active in contemporary avant garde experimental classical music. This release however is firmly in the more popular, ambient, chillout, music for dreaming, category.
The world is full of similar sounding electronic music, this release stands out, with the distinctive aural signature of the artist easy to discern. This is music made for the connoisseur of electronica, commercial considerations played no part in the conception or execution of Analogue. If you have read so far, you really should go ahead and order the cd, you will not be disappointed.

Asuntar
We are Sequenced
19,99 PLN

Syndromeda
A Day in the Fileds
32,23 PLN